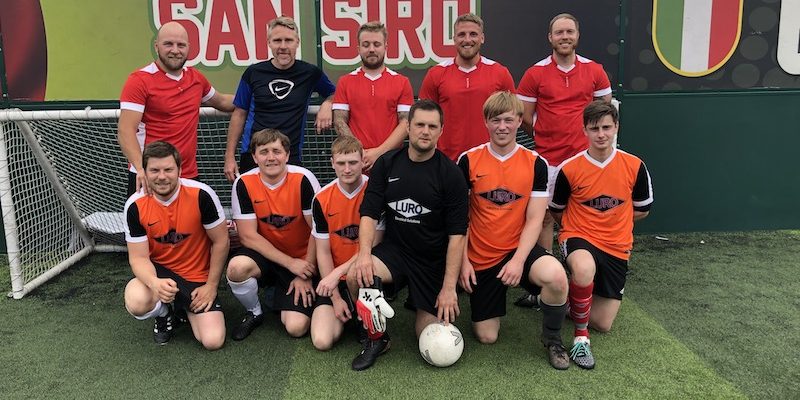 IDAS is the largest specialist charity in Yorkshire. It supports anyone experiencing domestic abuse or violence.

Its services include refuge and community based support. In addition it offers mentoring and confidential helplines.

Strata invited Luro to take part in the tournament in Doncaster. Luro entered two teams to compete and help raise money for IDAS.

The charity football tournament included fourteen teams from the local areas. The teams were made up of a mix of different ages and abilities. All teams entered into the games with excitement and determination. The main focus was to raise lots of money for IDAS. But of course they wanted to be the champions of the day!

It was an exciting tournament that went to a 3-3 draw in the final game. This resulted in penalties for Luro. The Luro team held their nerves and charged to victory!

Ross Cheeseman, Director of Luro Electrical says: “What a fantastic day! This is a great event full of atmosphere. Everyone has had a great time while raising money for a well deserving charity.

“To add to the day, we have gone and won on penalties which is obviously a bonus!

“Strata is very good at putting on successful charity events. They raise money for a different chosen charity each year. This is yet another well planned event that has been enjoyed by all of the Luro team.”

Entrepreneurial spirit is something Ross has
26th November 2019

Recent Articles
Tags
18th Edition fire news partnerships
Contact us
For any enquiries, please do get in touch, using either the number below, or by completing our contact form. A member of the team will endeavour to respond to you as soon as possible:
Go to Top